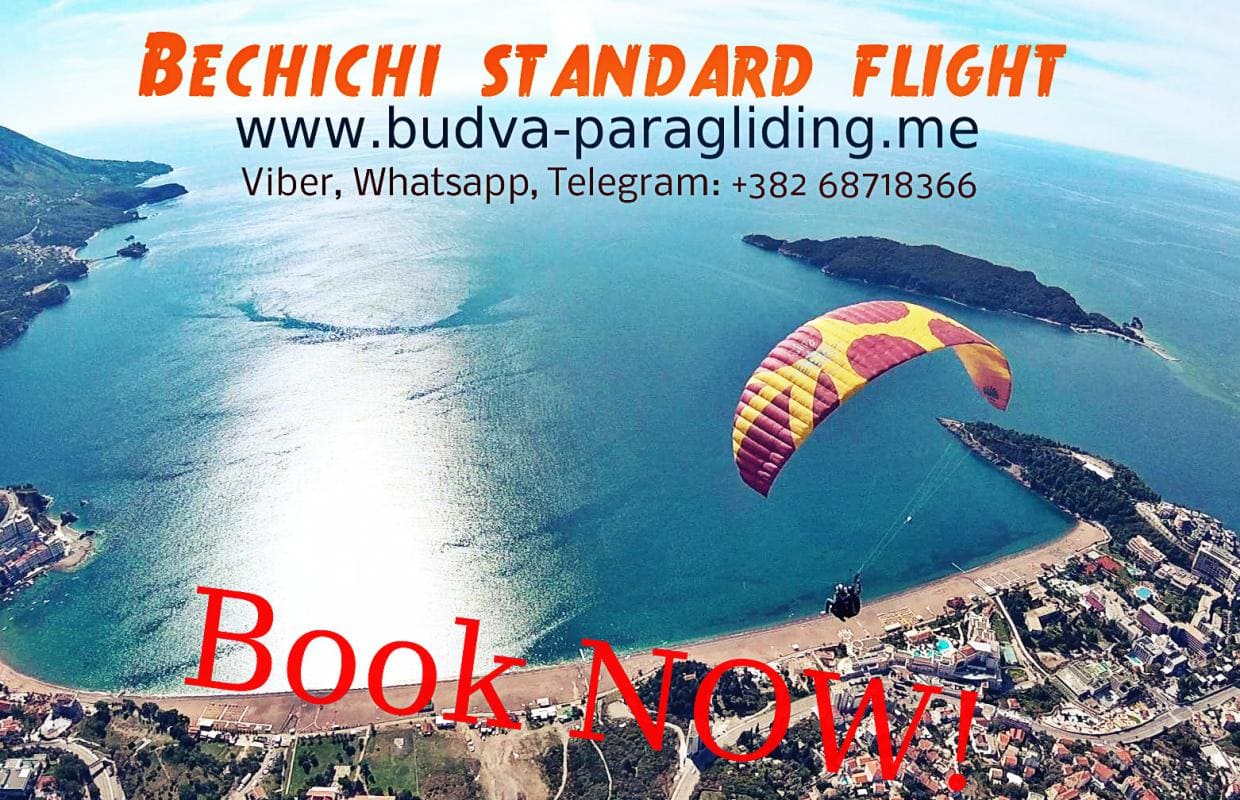 Here in Bechichi is the most popular place on the Adriatic coast for paragliding, where you have a great opportunity to make terrific paragliding in tandem with an instructor.

Take part in a demonstration of tandem paragliding in Bečići

On the day of the flight, at the agreed time and place you will be met by an instructor and on the car, you will be delivered to the top of the Brajiči mountain range, to the launch place where the paragliding starts at an altitude of 760 meters above sea level. The instructor will prepare the equipment and before the flight shortly instruct you about the necessary actions during take-off, flight and landing. After that, at the command of the instructor, you will need to take several vigorous steps towards the wind, takeoff will take place and you will experience an exciting flight.

The possible thermal rise in flight up to 1200m. The duration of the flight, depending on the weather conditions, is up to 20 minutes. The landing will take place at a special landing site near the beach in Bečići-Rafailovići. The whole event takes 40-60 minutes.

Flight duration up to 15 min.

Transfer from the pick-up point included

Flight duration up to 20 min.

Transfer from the pick-up point included

Video from GoPro immediately with you, sd card included - 10€